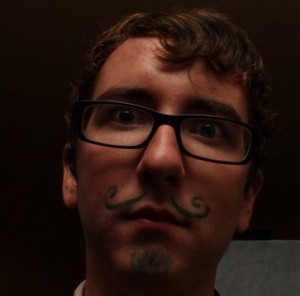 At 7, Nicholas began teaching himself programming.  Before he’d left the single digits, he had acquired his first video camera – a “toy” that filmed in black and white and lacked sound.  It was meant to distract a kid who couldn’t keep his hands off his parents’ camera.  Instead of distraction, the camera became an obsession. Throughout high school he made countless videos, starting to edit with two VCRs connected to each other, and eventually moving into non-linear editing.

After serving his country as a Mandarin linguist, Nicholas continued fine-tuning his skills and artistry in the fashion industry, creating fashion show editorials for Global Fashion News.  Today he is a Hollywood based writer, producer, and director of short films, commercials, and has two features in development.

Those closest to Nicholas agree that his thirst for knowledge is one of his most defining personal characteristics. He is a self-taught expert in a wide spectrum of creative software, skillful in all three of the primary NLEs: Avid Media Composer, Adobe Premiere, and his favorite, Final Cut Pro X. He is proficient in Motion, After Effects, Smoke, Mocha, Logic Pro X, Pro Tools, iZotope RX5 Advanced, and Davinci Resolve. Competency in such a wide variety of applications allows him to always pick the right tool for the job rather than forcing an application to do something it wasn’t really meant to. 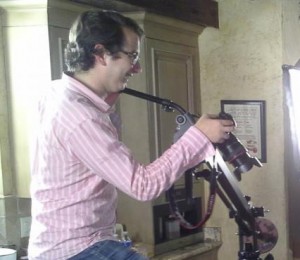 Upon joining Fotokem as a Digital Intermediate Producer in 2016, he immediately began diving into emerging workflows, like HDR & 8K. His DI Producing experience ranged from big-budget studio pictures like Maze Runner: The Death Cure (2017) and The Predator (2018), to independent gems, like Bad Trip (2020) and Holler (2020). HDR restorations were another major focus, having worked on remasters of The Dark Knight, Inception, Saving Private Ryan, West Side Story, and many others. His programming experience enabled him to design custom tools and solutions to otherwise unsolvable problems, such as building a custom DRS tracker to ensure that every 4K scan-once frame of Westworld Season 3 was cleaned, even if the edit changed.

He is now focused on offering full service, remote color grading and post production services, designed to work efficiently in the times of COVID-19. This includes offering internet based receipt of media, traditional asynchronous reviews, and even full, real-time, supervised color sessions to clients worldwide.